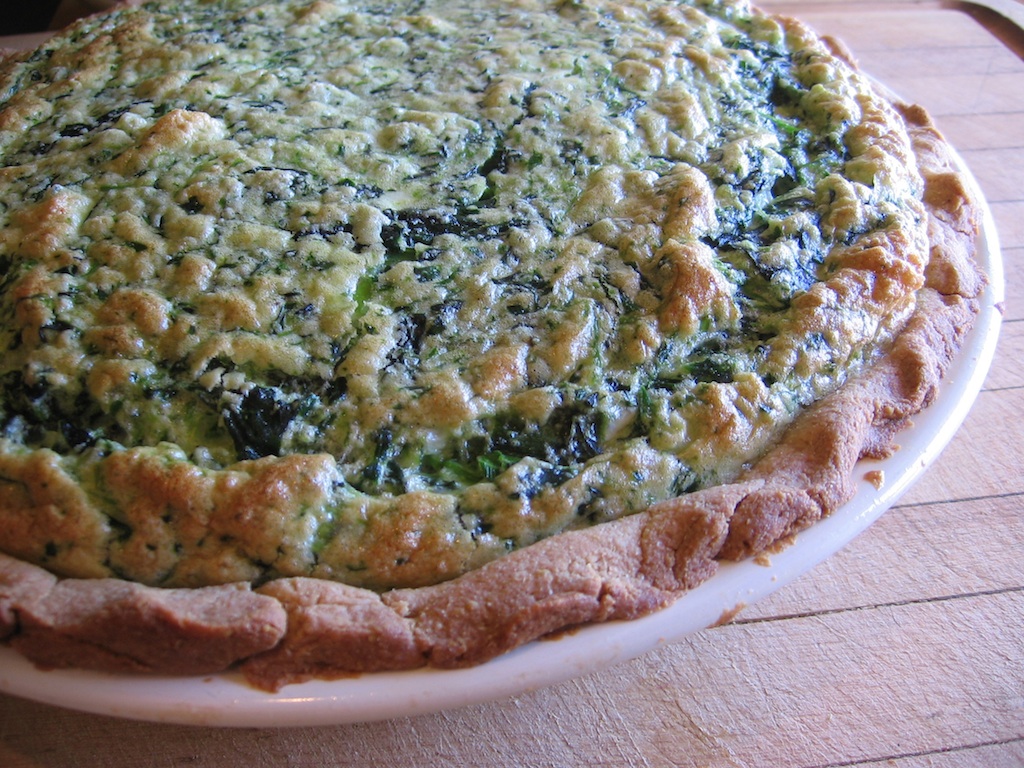 The crust for this quiche is made with high protein, low carb soy flour, and the flavor matches the filling perfectly. For this quiche, you may use a 9 inch quiche pan or a shallow 9 inch pie dish.